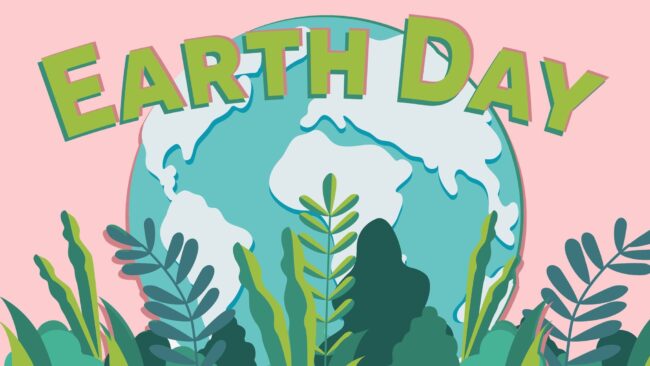 Earth Day is drawing near! Thursday, April 22nd is a day dedicated to supporting environmental protection. More than 1 billion individuals celebrate this significant holiday, involving over 190+ countries. In schools around the nation, teachers will start the day by announcing the significance and history of Earth Day before diving into fun projects that celebrate environmentalism and sustainability. Here we will do the same, starting with a brief history of this holiday and including some at-home ways to help you become more sustainable in honor of Mother Earth!

According to earthday.org, the first Earth Day was on April 22nd of 1970. Senator Gaylord Nelson from Wisconsin recognized the ignorance Americans had when it came to pollution. Americans were oblivious to the fact that they were “consuming vast amounts of leaded gas through massive and inefficient automobiles”. At the time there was an anti-war movement and Nelson decided to use that to push a teach-in day (April 22nd) about conservation on college campuses. This event quickly snowballed, capturing the attention of the media and the official name became Earth Day. It became so popular that earthday.org also states that “Earth Day 1970 achieved a rare political alignment, enlisting support from Republicans and Democrats, rich and poor, urban dwellers and farmers, business and labor leaders”. This sparked a revolution in environmentalist-focused laws around America and people began to celebrate Earth Day around the world in 1990. Now, it is a widely honored day that people take part in every year!

Below are some fun ways that YOU can celebrate being sustainable this Earth Day, as well as everyday of your life! Although it is important to note that the growing climate crisis is due to big corporations and their non-eco friendly practices, any small step an individual makes to grow towards sustainability gets a big hug from Mother Earth.